One of the great things about being part of a Holistic Moms Network chapter is that members share stories about modalities that have helped them, like the Whole Woman approach to posture and pelvic health. Several months ago, one of my friends felt so inspired by the improvement she saw after doing postural exercises that she wrote up a testimonial and shared this YouTube video on the chapter email list. When I learned about a workshop being held by Whole Woman practitioner Anne Walters, I finally investigated the approach for myself.

Held at Anne’s Springfield home in conjunction with Philly-area Whole Woman practitioner Carol Bilek, the workshop was geared toward women with prolapse or incontinence, or hip issues.

In the morning, the presenters explained the importance of mindfulness in addressing health issues, addressed common misconceptions about pelvic health, provided an overview of anatomy, showed participants how to stand in the Whole Woman posture and gave instruction on breathing. The afternoon, which I could not attend, was going to include upper body exercises and practice standing and walking in the posture. 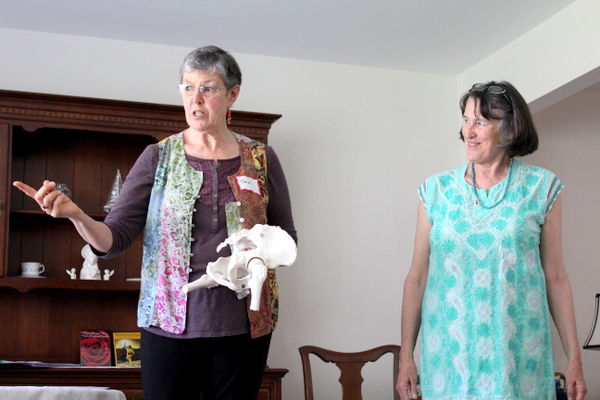 The presenters explained that the prevalent approach to talking about the pelvis discusses the pelvic “floor” and says we are a bowl. The Whole Woman approach says this “floor” is more like a “wall” because of the natural tilt of the pelvis that some other approaches try to straighten out. 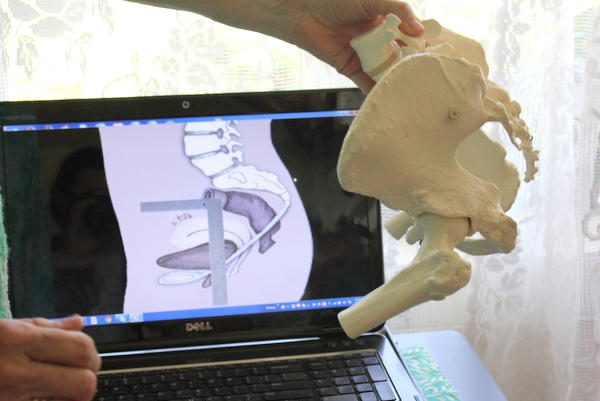 In the Whole Woman approach, it’s important to balance the feet on ball and heel, which tends to have the body lean slightly forward compared to the more common heel-heavy posture. In this way, the stomach is allowed to hang forward rather than being brought up and in. 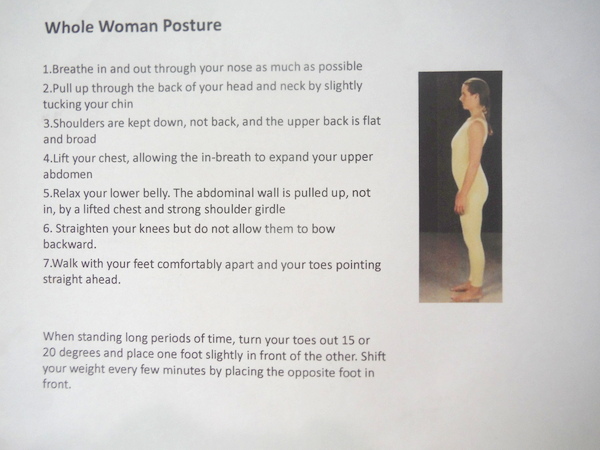 Then one rises from the heart, keeps the shoulders down (not back), tips the chin slightly down (tucking just a bit) and raises up from the top of the head. 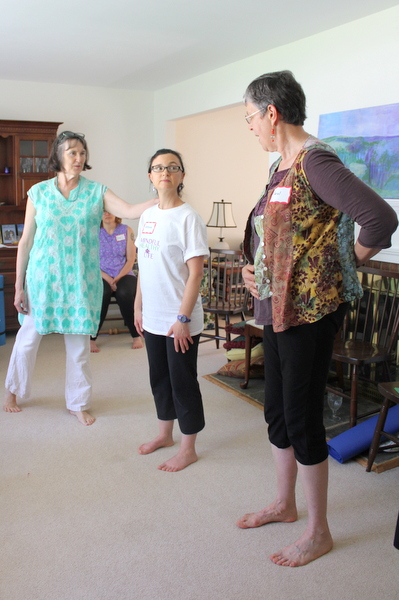 The Whole Woman approach was developed by Christine Kent, RN who herself suffered a profound uterine prolapse after a bladder suspension surgery in her early 40’s. She was told to have surgery but found that she was able to avoid surgery and keep her uterus through posture and exercises. Her experience inspired her to help other women and she has made it her life’s mission to study, research and write on pelvic organ prolapse. On the Whole Woman website are books and DVDs and an online forum. 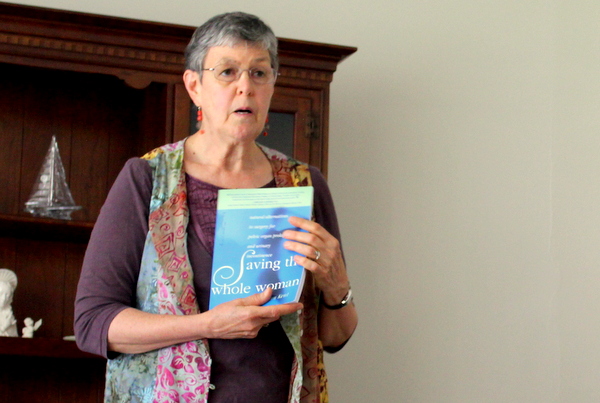 One participant who had been following the forum for years remarked how helpful it was to practice in community.

I have a lot more to learn but already feel taller from just a morning’s practice! And I certainly have a lot to think about each time I sit down to type or drive!

Anne, who recently moved to Springfield to take care of her elderly parents, plans to hold another workshop in the fall and is available for consultations at any time. 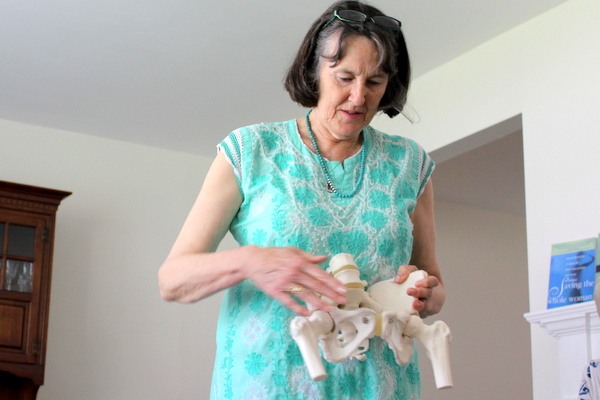 Learn more about Anne here and look for a guest post from her in the future!