Trace Amounts, a new film about mercury poisoning, screened on the Hill Wednesday night at an event hosted by environmental activist Robert F. Kennedy Jr., author of Thimerosol: Let the Science Speak. The documentary was also shown in Arlington on Thursday with a post-film discussion with director Eric Gladen, who got mercury poisoning after a tetanus shot in 2004 at the age of 29. That incident led Gladen on an unexpected journey to get to the truth about the history of mercury in vaccines and the autism-mercury links that, the film argues, the CDC has tried to deny for years despite evidence to the contrary.

The film does not take up the question of the efficacy or necessity of vaccinations but rather focuses solely on the use of Thimerosol as a preservative and on its effects, which, the film shows, have not been presented to the public accurately.

The film traces the history of mercury use and the rise in incidence of autism from 1 in 10,000 after the first diagnosed autistic person was born in 1931 to 1 in 500 in 1998, to 1 in 150 in 2007, to 1 in 68 in 2014. It unearths data that was manipulated to make it appear as though there was no link between mercury poisoning and autism and the communications among researchers and officials that indicate an intention to create a false impression.

The film also delves into the science of mercury poisoning, explaining how it is more problematic in the presence of testosterone and also in the presence of aluminum. The film demonstrates how doses in the CDC-recommended vaccination schedule added up to far more mercury exposure than is considered safe and explains that Thimerisol is still present in some vaccinations in the U.S. including flu shots given to pregnant woman, and in vaccinations used in developing countries.

The film includes insights from journalist and Age of Autism author Dan Olmsted, who, after being dismayed to learn there were no scientific studies of autism and unvaccinated populations, conducted research that revealed nearly no incidence of autism in the Amish community. He now edits the blog, Age of Autism.

The film also introduces viewers to several mercury-poisoned children with autism and shares the story of one whose diagnosis was reversed after years of diet, supplementation and chelation or metal detoxification.

Gladen introduced the film and afterwards spoke on a panel with his co-director, Shiloh Levine and a panel of experts including Kennedy, who began by clarifying that he is “pro-vaccination.” 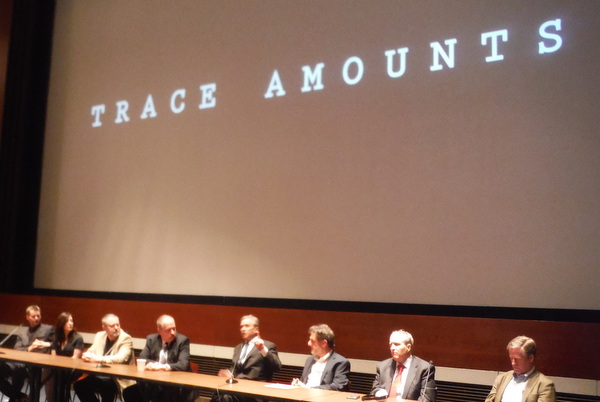 Toward the conclusion of the film, Gladen had said, “I’m not anti-vaccination. I’m not anti-light bulb. Or anti-coal. Or anti-fillings. Or anti-fish.” What he and the panelists want is to reduce mercury poisoning, and what they stand for is transparency and safety. 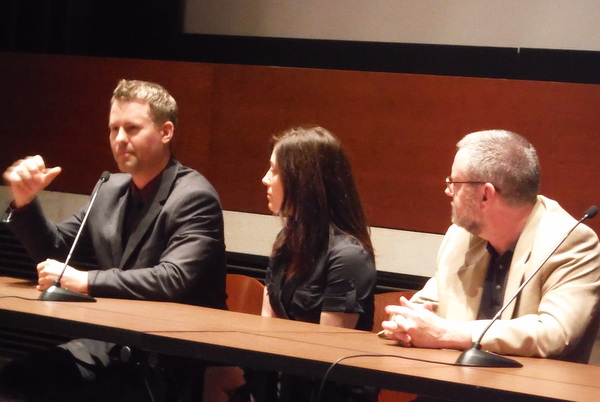 Gladen, Levine, and Kennedy were joined on the panel by Olmsted and several other experts on the subject. These included Simpson University Associate Professor of Biology Brian Hooker, who made over 100 Freedom of Information Act requests of the CDC, and Dr. Richard Fischer who was the first dentist to testify before Congress on the potential health and environmental risks of mercury from dental fillings. 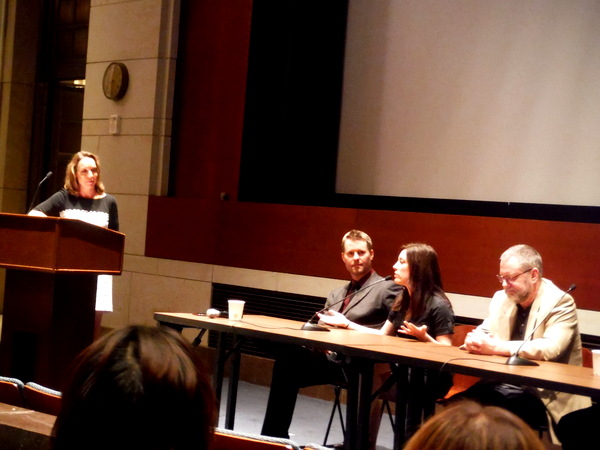 Lawyer and National Autism Association Board Member James Moody said that things had actually gotten worse than the film portrayed with actions by the CDC that had seemed deliberately ignorant now appearing to be criminal and noted that children in the Vaccine Adverse Event Reporting System (VAERS) have not been studied. Moody likened the potential impact of Trace Amounts to that caused by Rachel Carson’s Silent Spring and Upton Sinclair’s The Jungle.

Mark Blaxil, Co-founder of the Canary Party and editor at large for Age of Autism is the father of a daughter diagnosed with autism and said he would like people to be held “accountable for damaging a generation of children.”

The film tour so far, Gladen said, has been meeting with a tremendous response including lots of enthusiasm by journalists and medical professionals who were so skeptical they didn’t even want to watch the film. See the film’s website at http://traceamounts.com for future showings or to buy a copy.