Today marks the fifth day children around Metro DC have been home from school for the snow in what is being called Snowzilla 2016. Where I live, school has already been called off for tomorrow, effectively making this experience a seven-day weekend! No on was surprised about the amount of snow, but the slowness of some counties to get their plows to neighborhoods has been filling my Facebook feed. Other frequent posts by parents? References to wine and coffee. Here’s the story of how I’ve managed a little better this year than with previous snowstorms.

1. Kids’ Age and ability to rely on “The Village”

There is no way around it: it is easier to have more independent children at a time like this. It has made a huge difference for the boys down the street to come knocking at my door and ask my son to join them sledding or in a snowball fight. Friends can get him motivated to get dressed in a way I just can’t! 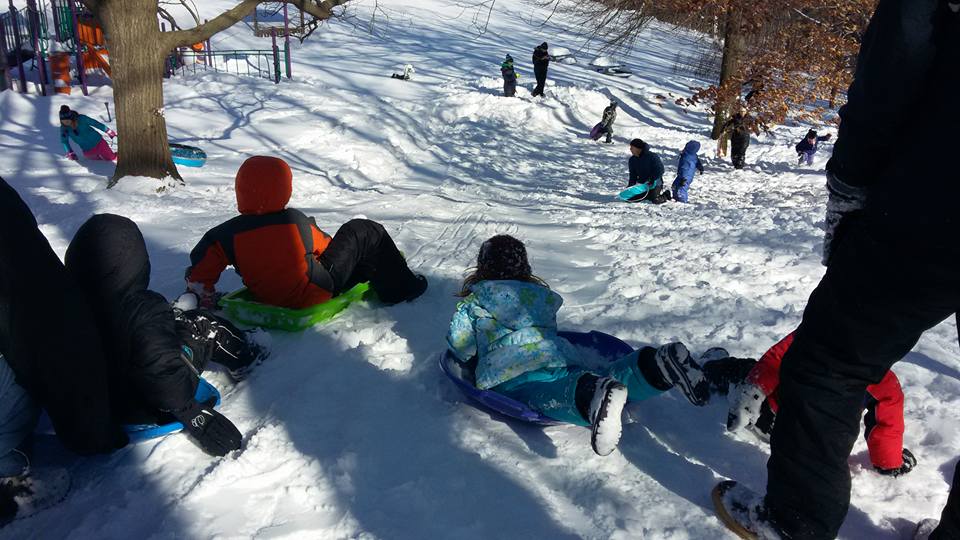 My daughter isn’t yet old enough to venture out on her own, but I can watch her play on the fort with the neighbor girl from my front window, and I can host her buddy from down the street to keep her from hitting her brother, and I can later send her down to said buddy’s house the next day. This didn’t seem possible when she was younger.

Don’t get me wrong, sledding with my kids has been a ton of fun. I’ve done hours of it. But there have been a lot of other hours that needed filling, and their age has meant that can involve other people. 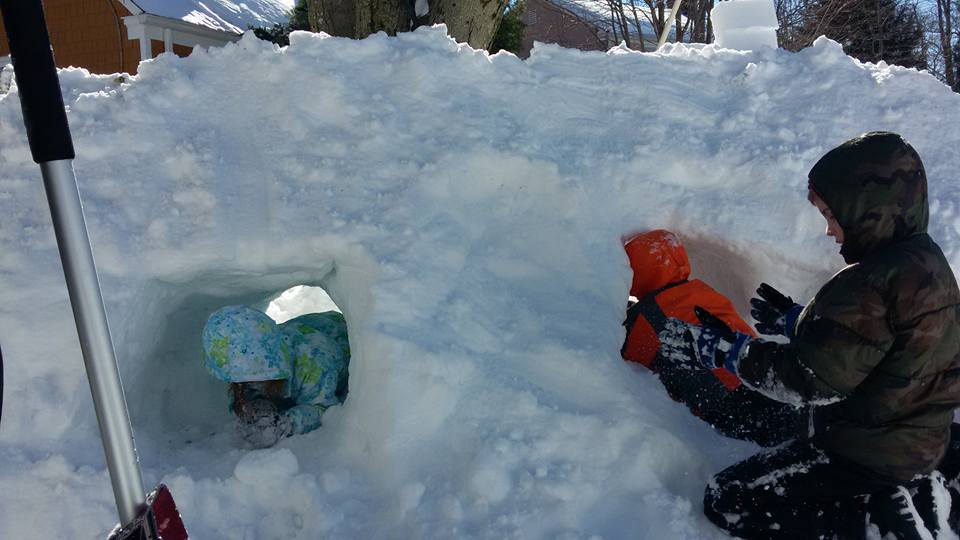 I have not seen a single one of my homeschooling friends complain on Facebook about the snow. There’s been no, “Darn, I can’t get these kids to focus on schoolwork because they are so busy being children and enjoying themselves.” Nope. It’s the expectation of kid-free time that trips us up, those of us who send our kids to school. If you are expected to show up for work, it’s hard to be present with your kids. Even if you don’t have work obligations, if you have things you want to do more than sledding, it’s hard to enjoy sledding! Same goes for baking, playing, painting, or any other fun thing you might grumble you didn’t sign up for!

It all really boils down to what you want and how attached you are to that outcome. We meditate so we can be more comfortable with the blank slate approach. If you can practice non-attachment, you’re likely to be a lot better off. 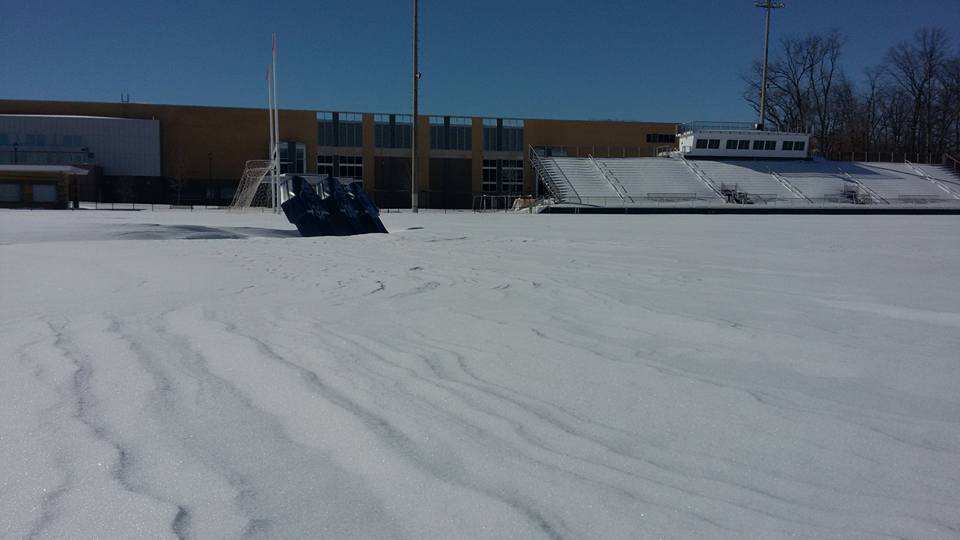 At least I think so. Sometimes I’m not so great at that! Probably because I don’t meditate often enough!

Two years ago at this time, I was working on getting Mindful Healthy Life ready to launch, and I was planning a five-year anniversary party for my Holistic Moms chapter. I did not welcome snow days with open arms. They got in my way of productivity, and I resented them. This was not a recipe for fun. I was also experiencing a series of infections that made me all the more grumpy about missing quality work time during the days I was actually healthy. What a mess!

This year, there is no specific big project waiting in the wings. Sure, I have several volunteer projects I wanted to be working on, two dozen pieces for this site I have partially done, and tons of creative and personal writing I would like to do. That stuff feeds my soul, and it’s frustrating not to get to it. Also, I wanted to finish a Shutterfly album before tomorrow’s promotion expires, to get the kids packed for the first-ever trip we are supposed to take on Friday, and to get a bunch of stuff out of the house via Freecycle and Craigslist.

So why have I been able through this time by without losing my sh*t, as they say?

Two weeks ago, I was a wreck. On top of all my regular health issues, which include a pretty restricted diet and fighting a reactivation of Epstein-Barr virus, my mood stability has been way off. I could point to some reasons for this, but mostly it just felt really bad. Everything felt like an uphill battle. I was running out of hope. 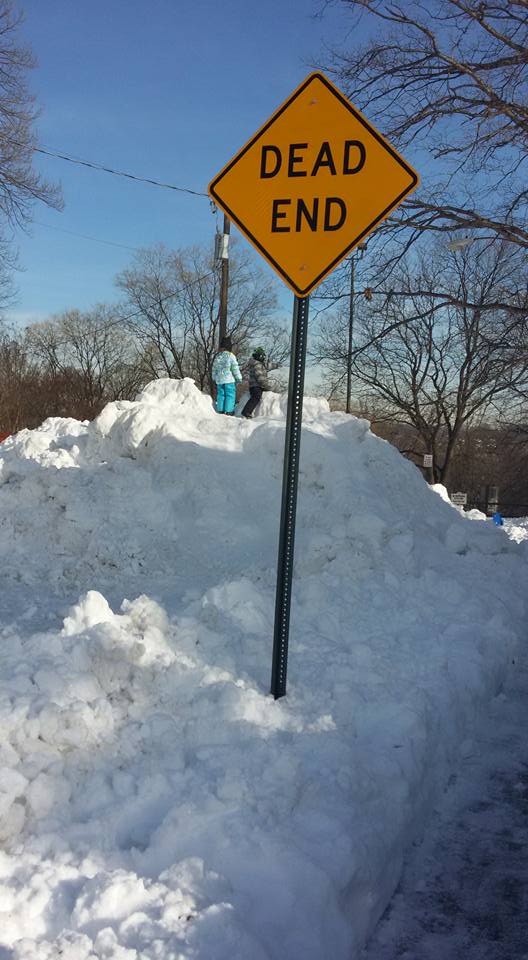 Then I invested in some self-care. I got craniosacral work, which I had scheduled months ago but had to give to my son when he turned up sick that day. I rescheduled for later in the week. When I left the appointment, I felt exhausted, but I know over the next few days, the space that was made in my head – literally – started to help. Then a friend who has been training with Foot Zone and is taking the upcoming workshop in Leesburg came over and gave me a free treatment. I’ll write more about that in a separate post, but suffice it to say that it really helped, as did her tips about the impact of deep breathing on the pituitary and the Reiki she added at the end. I felt so much better after that!

Then I saw the chiropractor for a visit I had scheduled in November. He pronounced that the twisting of the occiput he felt on me would make anyone crazy! It’s good to not have the area near the brain stem compromised for proper production and distribution of neurotransmitters, like serotonin and dopamine. He adjusted that and worked on some other stuff that had a pretty profound effect. Finally, I had a coaching session that helped me to process it all and move forward.

I don’t love thinking that I need a bunch of external support to be well, but sometimes it’s true. I do feel dramatically different now, and it’s really a matter of chemistry, I think. It was like digging out of a hole. 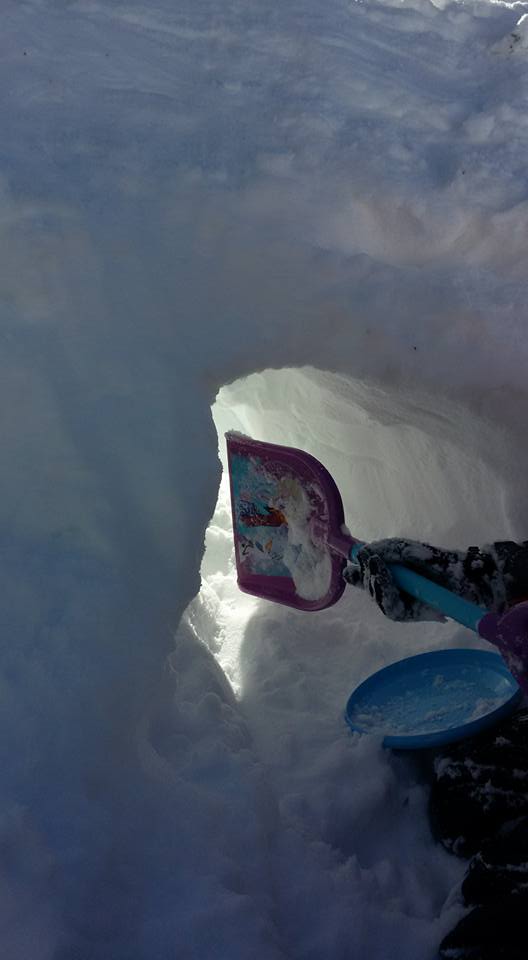 And the icing on the cake was the Beating the Winter Blues panel my Holistic Moms chapter held Thursday night. My co-leaders and I waffled a bit that morning on whether to hold the meeting. It was the first snow day from a dusting on Wednesday that road crews were not prepared for, and I snapped a little at my kids while I was trying to talk to the speakers and the church and text with my co-leaders. This multitasking moment was one of the ugliest of the past six days. Since the day Thursday was expected to be clear in advance of the snow dump that was expected to start Friday afternoon, I felt like the meeting would be the perfect way to uplift our spirits and ground ourselves before a long stretch of snow days.

And indeed, it was. We learned about and practiced Emotional Freedom Technique. We learned how structural issues and food can play a role in our mood and how acupuncture, herbs homeopathy and energy work can support us through difficult times. While the presenters spoke, attendees were able to have mini-treatments of lymphatic massage, reflexology and polarity therapy. Many of us – myself included! – walked of that meeting floating on a cloud!

Suffice it to say that I’m very happy I was able to take advantage of these supportive measures before the snow came. I know I’m handling the sibling bickering, the hangover of too much screen time, the endless cooking and the lost creative time better because of the support I got last week. And to think I almost wanted my reflexology friend and the chiropractor to cancel on me just because I didn’t want to “lose” the productive time! I’m so glad they didn’t!

Sometimes self-care seems out of reach, or too expensive, or impossible to coordinate with childcare and other obligations. For some people, a clean diet and some exercise is enough. For others, like me, it doesn’t take much to get out of whack, and seeking help to get back in alignment can be super important.

But you have to make the call to get on someone’s schedule, or ask for help to make it possible for you to get what you need. If I hadn’t put out on the neighborhood listserv that I would love a babysitter, I wouldn’t be getting this quiet writing and catch-up time now. 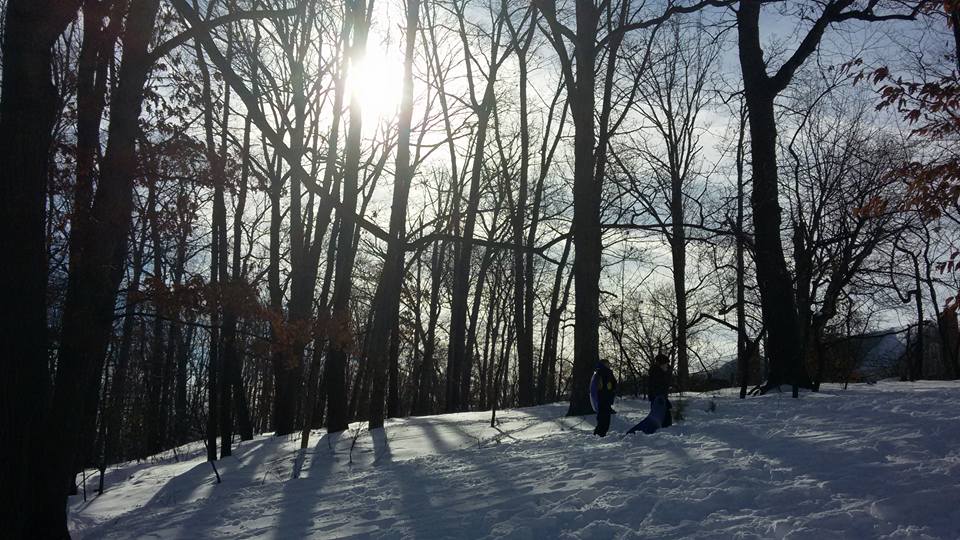 And if I had strayed far from my strict diet, I also wouldn’t be feeling as good. I only needed one sleepless night to understand that even two sips of wine weren’t okay for me. Most people can tolerate a lot more than I can, but if you know there is a food or drink that doesn’t agree with you, love yourself enough to just say no to it.

One of our past guest bloggers, local mom and parenting therapist Emily Griffin of Happy  Parents, Happy Babies, put together this great list of self-care strategies for new parents. Even if you aren’t new to parenting, it’s got a lot of great advice! Check it out and see what you can squeeze in!

And, at a minimum, look around for beauty where you can find it. 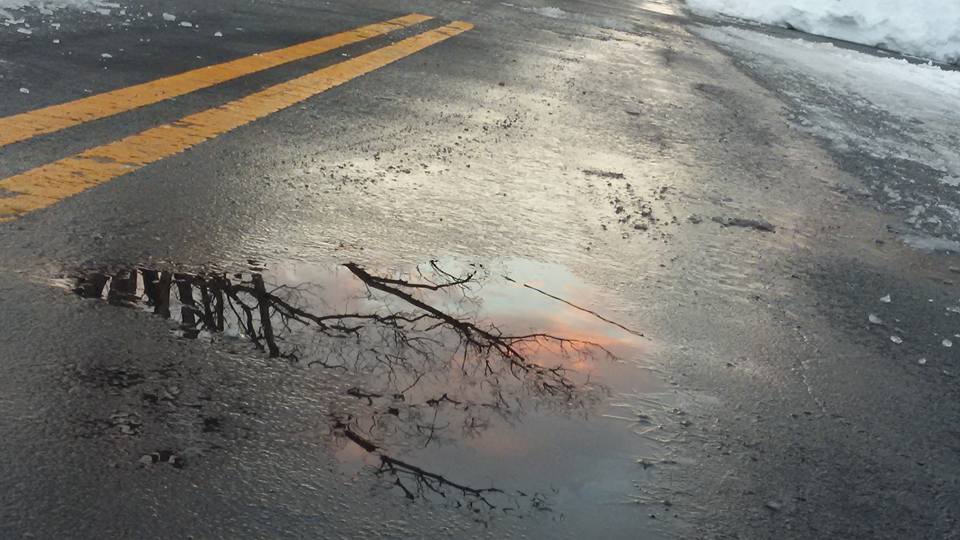