Great Falls Park seemed like the perfect excursion on a sunny day during a long holiday weekend when we’d all eaten too much and not gotten outside nearly enough. Each pairing in our family of four needed to be broken up every 20 minutes. I hoped watching the water tumble over rocks would be good for all of our souls.

It was. The trip even garnered my son’s “favorite part of Thanksgiving” when asked today by the dentist. But that doesn’t mean it was perfect. My daughter, aged four, is not one to go long without whining these days. She’ll turn it off on an instant if we find the right antidote: a race, a “look over there,” and sometimes things I don’t care to share! She’s spunky and opinionated, and not accustomed to the kind of long hikes I thought I might take my kids on all the time if I hadn’t had so many postpartum (and lingering) health issues. Fortunately, her older brother has more stamina than he did when I read and wrote about the memoir Up: A Mother and Daughter’s Peakbagging Adventure, but I still marvel to think about how long Patricia Ellis Herr’s 3- and 5-year-old hiked with her. And how often!

Unlike those treks to peaks in New Hampshire, our short excursion in Northern Virginia was alternately beautiful and blissful and incredibly annoying. Mostly due to the finicky nature of my four-year-old. The path was fun until her brother outpaced her and me. 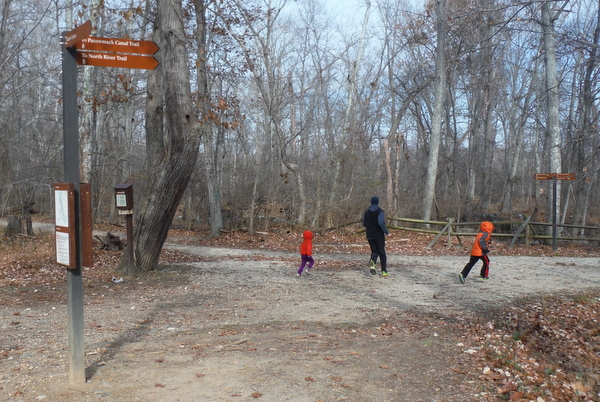 The reflection of a tree north of the falls was pretty cool until she complained she was hungry (which will happen if a child doesn’t eat her lunch and her parents don’t give in to piling her with snacks instead as they might on weaker days). 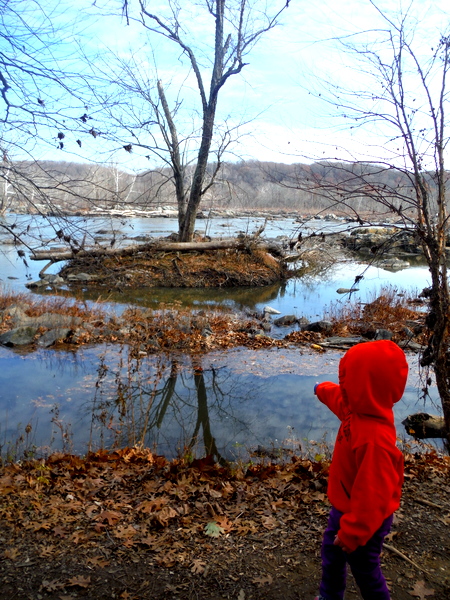 The view of the kayakers was impressive and garnered lots of commentary, but once we left the overlook, it was all downhill, so to speak. 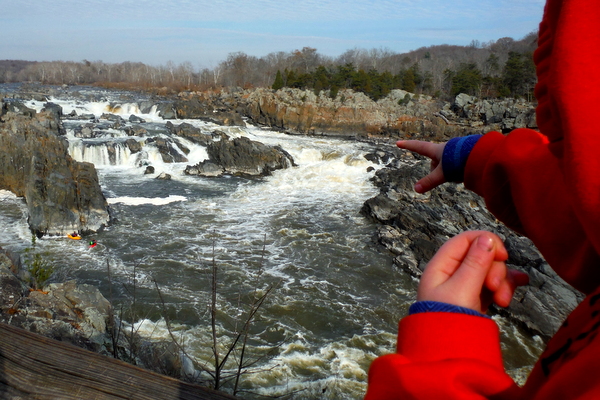 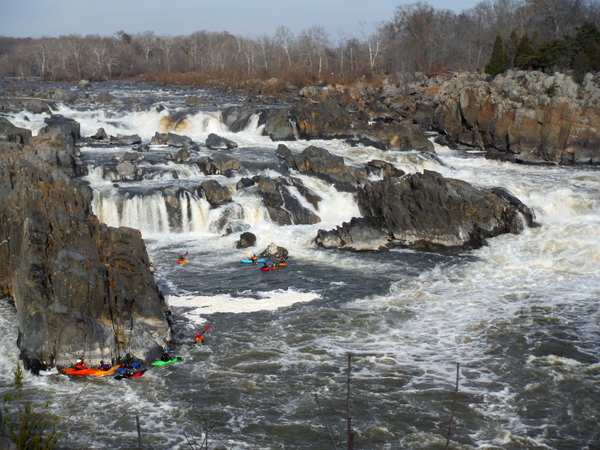 I thought we might last more than 90 minutes and actually get a little ways down the River Trail. I recalled her brother scrambling over rocks at not quite her age and enjoying it. But alas, she had to pee. And we didn’t learn until later that further into the park, just before entering the woods, was a building with a flush toilet. 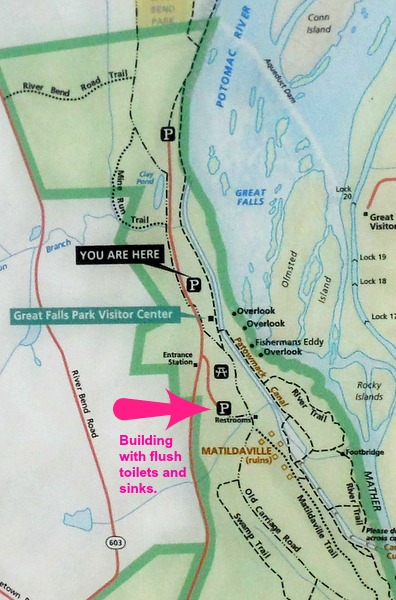 So, in our ignorance — and wariness of prolonging the event with a kid who was not having her best day — we headed back to the visitor center to use the porta potties stationed there during renovation of the restrooms, which is expected to be completed by the end of January 2015. The experience was not one I care to repeat, but we got through it. Still, I will call the park to check on the potty progress before I return with my little girl.

While they waited for us, my son and husband took in some of the history of the park and a 3D model of the falls. Then both we all enjoyed looking in the small book-heavy shop, and the kids didn’t clamor for toys. I bought two presents: Bug Bingo for her teacher, who is leading her Montessori class at an Expeditionary Learning school on an expedition about insects come spring, 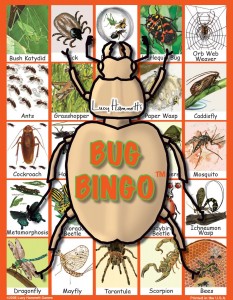 A Kid’s Winter Eco-Journal for a friend about to turn 10.

And we also took home Big Yellow Sunflower, a book that actually turns into a sunflower. I know because my daughter did it twice on the floor of the visitor center. I figured we’d worn the thing enough, and that the book was cool enough — on top of the fact that my son’s spring expedition will be on bees — that we could add it to our library. 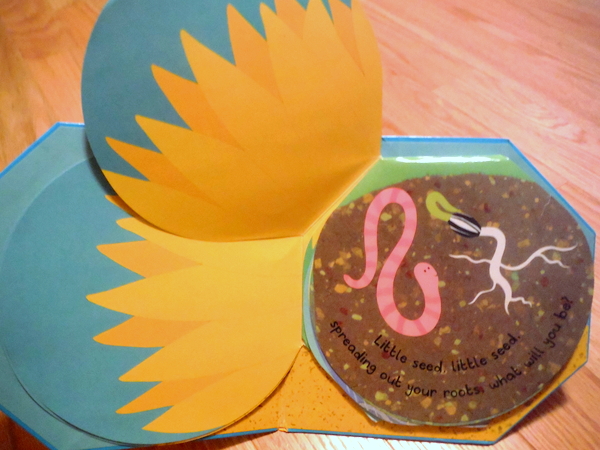 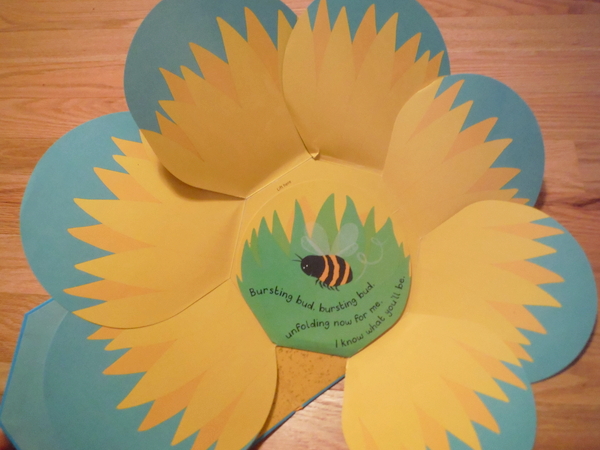 This park’s Junior Ranger packets had one for my son (ages 8-12) and one for my daughter (ages 5-7). Okay, she’s a little young, but she’s been enjoying looking and doodling, and her brother has even helped her do some of the packet for real. It’s also good to know we can print the PDF on the park site. Some of the packet my son did from memory or reading the map. The rest we’ll have to return to complete, something I might do solo with just my son or with another family that has a four-year-old who might motivate mine.

« Fall wellness recap!
Moms keep up the fight against climate change and for clean air »
Follow on Instagram
Tweets by @@MindfulHealthy