Winter is a time for turning inward, and I’ve been trying to honor that wisdom. Or rather, I’ve been working hard to address chronic health issues through diet and lifestyle changes and thus have been a little quiet here. My hope is to form a team that will help me bring things together for a great one-year anniversary for the site this spring.

In the past few weeks, The Paleo Mom has eloquently chronicled how stress has played a role in her health, including her recent diagnosis of Hashimoto’s thyroiditis, an autoimmune disease I have kept largely (but not totally) at bay since I became a mom in 2006. Her journey has made me feel even more strongly about the priorities I set and the care I take with my health even as I pursue projects I care about deeply, including this website.

Hashimoto’s is autoimmune hypothyroidism (low thyroid). The opposite affliction of autoimmune hyperthyroidism is the one that really started me down a holistic path. I was diagnosed with Graves’ Disease in early 2004 and spent most of that year on anti-thyroid medication. I had been off medication for 6 months when I conceived my first child, and Graves’ has never come back. This is great. I attribute this success in large part to my eliminating gluten and dairy from my diet 10 years ago, to the fact that I’ve not returned to a regular job since having children, and that I have generally a pretty healthy lifestyle full of nutrient-dense food.

But that doesn’t mean I’m out of the water. I’ve been battling adrenal fatigue for at least the past four years and had to go on the grain-free GAPS diet for two years to heal my IBS. Once other digestive problems came up, I then discovered structural problems (including abdominal separation, or diastasis recti) that have required more time doing yoga and physical therapy than I have given them to heal.

And in my most recent bloodwork the Hashimoto’s antibodies that were elevated even back when I was being treated for Graves’ have been present enough to indicate I can’t get complacent. Most of my regular thyroid numbers – T4 and TSH – do not indicate an absolute need for medication, but it’s on the table as an option since my T3 and Reverse T3 are low. But other issues in bloodwork, including high cholesterol and high homocysteine, and other issues in alternative testing indicate that additional contributors to inflammation might be better to tackle first.

So that’s why I’ve been quieter than usual on this site of late. As I laid out in my personal blog before we entered 2015, I have taken on a stricter-than-before elimination diet. I am doing the Autoimmune Paleo (AIP) protocol — no grains, no nightshades, no sugar and also no eggs or nuts — but am also eliminating additional food that came up as triggers for me on a lymphocyte response assay test (olive, turkey, pumpkin and sesame) and am trying to do proper food combining to raise my morning pH, which had regularly been acidic when I first started testing it and is now alkaline almost every day.

Doing all this requires a lot of time in the kitchen! And I know it can’t be done in isolation from exercise and some mind-body work plus other modalities to support me through the process. But life goes on: volunteer work has deadlines, kids have classes and appointments, the house does not clean itself, schools close or delay openings, people get colds.

I gave myself permission to lay low on the site through mid-March when I would really like to ramp things up. I want to make it easy for people to find healthy approaches and to get involved in their community toward wellness and natural living. I’m looking for guest posts to come in by March 1 so I can queue them up mid-March through June. Check out these submission guidelines.

For help beyond writing, my hope is to get some assistance in the form of interns or volunteers in the near future to get me over a hump or two and help me prepare to start accepting ads and sponsorship so that this site will become a viable business and a trusted resource in the community. At some point, hiring an assistant would, I’m sure, do me a world of good, but I need to get some ducks in order first so that I can generate a way to pay her or him!

Please share this information about joining the Mindful Healthy Life team with anyone who might be interested in the opportunity to build something spectacular. And if you’ve been wanting to submit a guest post, please reach out by March 1!

And keep cultivating the image of green alive in the ground and ready to burst forth when its time has come! 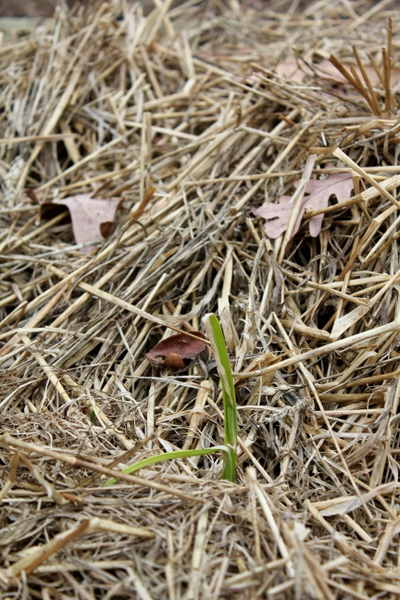 Be sure to check out these great events coming up this winter into spring!