Members of the leadership team of NoVA Outside, an alliance of environmental educators, took a student-led tour of the school and its green features. The school’s student environmental organizations, Earth Force and the Native Species Club, sponsored by Barbara Brown have been busy for years on environmental initiatives and were successful at getting several environmental features and design components worked into the renovation. 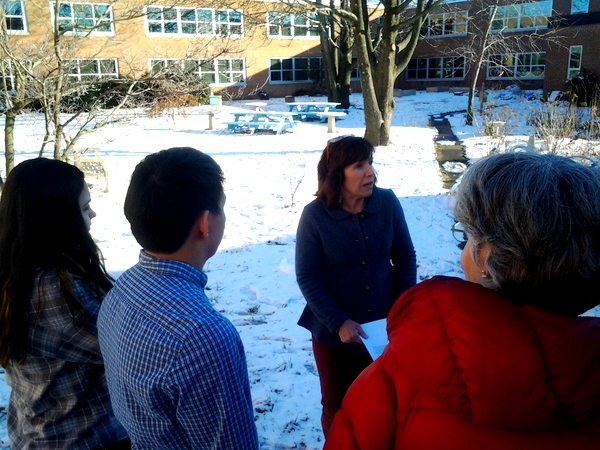 NoVA Outside leadership team member Elenor Hodges shared some of the sustainability components that were worked into Marshall’s recent renovation. Hodges, a member of the Arlington Public Schools Superintendent’s Advisory Committee on Sustainability and also the director of Arlingtonians for a Clean Environment said, “I was really impressed with what they had accomplished, specifically with the student-driven projects and the excitement and engagement of the students. It was very apparent that these were students who had come up with these ideas. I was inspired, and I hope that we can learn how to take a lot of what Arlington focuses on in LEED certification and take it to the level of using student leadership and student ideas.” 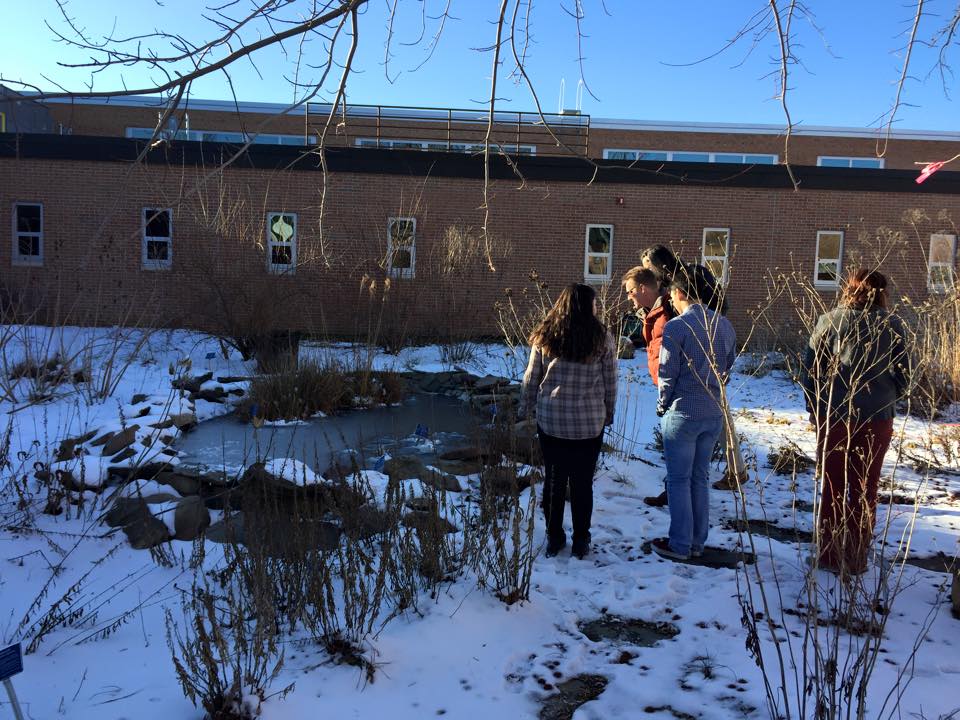 The best example at Marshall, Hodges said, was a green roof. A student who has since graduated wanted a green roof to be in a very visible location even if students did not have access to the roof. During the renovation, this was made possible. The money needed to install and expand the green roof was raised by students. The students who led the tour talked about what it does to reduce the school’s stormwater impact but also noted the fact that it’s a visible project that students can see every day. The students did the design, planning and fundraising for this and other projects. Hodges said Marshall has great examples of student initiatives as well as greenovation.

Hodges said there was also lots of student engagement with the two courtyards they viewed on the tour. One of which was a modern space for which, after the renovations, students in the Native Species Club designed a complementary landscape plan using native plants. One feature is this herb spiral that helps drain water down the courtyard. 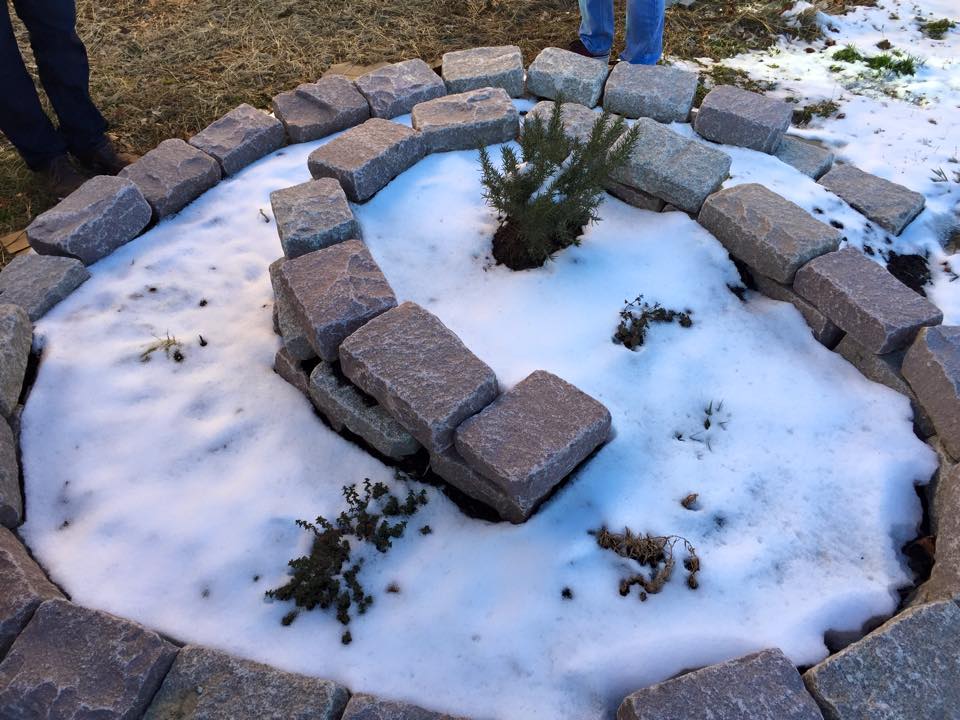 The organizer of the tour was Elaine Tholen, environmental educator for Fairfax County Public Schools, pictured here with a Marshall student leading the tour. 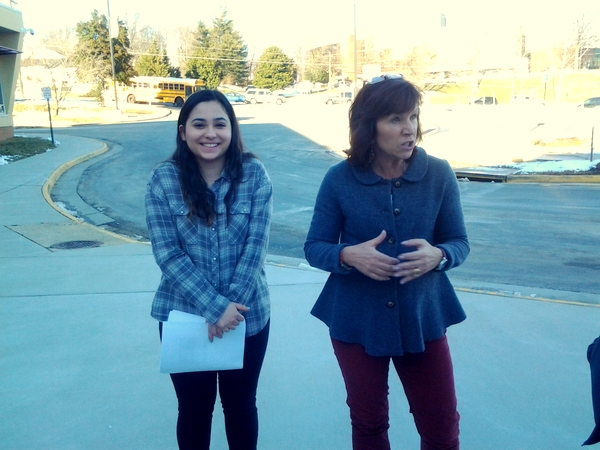 Arlington Public Schools does not have a paid position like Tholen’s or a school garden coordinator like nearby Alexandria City Public Schools. The members of the APS Superintendent’s Advisory Committee on Sustainability serve on the non-instructional advisory committee as volunteers, working with two liaisons from Arlington Public Schools, APS Energy Manager Cathy Lin and APS Science Supervisor Dat Le.

Hodges said, “I hope there are opportunities for Arlington Public Schools to do more at the secondary level in having students lead the way in determining how their school should go green. I’d like to see more student leadership and funding for students to do green projects that have long-term implications. APS needs a full-time sustainability position so that we can reach the level of Fairfax and have better coordination and amazing student-driven projects that can really make a difference in the schools.”

Some of the tour attendees stayed on for a meeting with staff members from the Virginia Office of Environmental Education for a focus group session aimed at generating input on the formation of a statewide environmental education organization. The state is exploring this possibility in focus groups with regional networks across the state.

Next month these staff members from the state office will convene a team to discuss the possible mission and vision and activities of a statewide environmental organization. This would likely be a separate entity, a 501(c)(3) led by a board. Initial conversations were held at the Northern Virginia focus group at Marshall High School about board representation, how regional networks like NoVA Outside would interact with the statewide association and what membership options would be. Attendees heard about research that the state staffers had done to look at North Carolina, Kentucky and Wisconsin. Click here for a list of current environmental education affiliates in the Midatlantic region.

Different affiliates around the country have different structures. Right now there is a state organization that is serving as the affiliate to the North American Association for Environmental Education (NAAEE) for Virginia; the Virginia Resource Use Education Council (VRUEC)  and 13 regional networks of which NoVA Outside is the one for Northern Virginia.   NoVA Outside has a non-voting seat on the VRUEC.

Note that the Green Schools National Conference is taking place almost in our back yard this year: in Virginia Beach! Click here to register. Members of the NoVA Outside Leadership Team will be presenting at this large annual national conference, March 4-7, 2015.

Photos courtesy of NoVA Outside. For more photos and commentary, see the NoVA Outside Facebook page
.