When I heard that Julie Hantman, DC field organizer for Moms Clean Air Force, was going to be on a discussion panel after the March 21 screening of Project Wild Thing at the 2015 Environmental Film Festival in the Nation’s Capital and I watched the trailer, I knew it was a must that I attend. The film is about a man whose children spend a lot of time inside and in front of screens, and he takes it upon himself to become the “marketing director for nature.”

I can relate. For all the activism I do about outdoor learning, my kids still resist the call to “go outside and play.” I consider it a holdover from the time – which lasted more than a year – when our yard was just a small patch of mulched play area in a bigger sea of clay with post-construction/renovation debris. Now that we’ve cleaned up all the nails, though, I want it to be second nature for my kids to get into nature!

So off I went on a sunny morning to watch a film about getting outside. We all laughed at the irony after the film was over, but the post-film discussion was well worth some extra time indoors, and it was clear that the film was going to inspire all of us to take to the woods as soon as we can.

Project Wild Thing touched on issues that everyone in 2015 can relate to as screens and devices have found their way into the hands and in front of the eyeballs of everyone in a way we could not have imagined even just seven or eight years ago. Even parents of children who attend forest school on an island off the coast of Scotland face some of the same challenges. The film also shed light on the particular dilemma in urban settings like London, where it was largely filmed. In the past 30 years, roaming space has been reduced by 90%. The lack of green space available to children was remarkable. I came out of the film newly grateful for the outdoor area my children have access to at their public school, even if I do wish they spent more time there and in all types of weather instead of only dry and above 32 degrees. 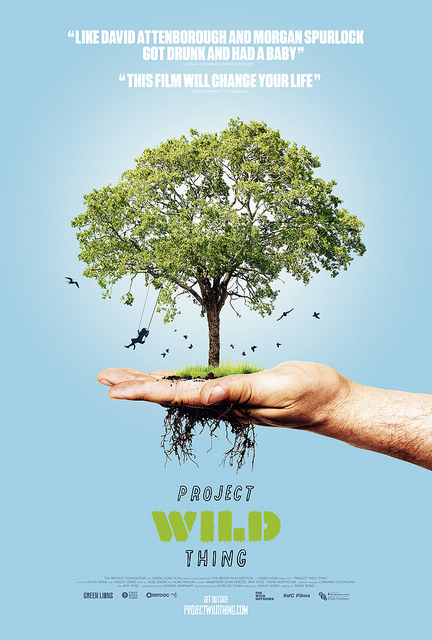 Filmmaker David Bond, a father of two children who were five and three during production took it upon himself to find a way to market nature as “the ultimate playground.” He spoke to marketing and branding experts, got loads of free creative help and was given thousands of dollars of free advertising space on billboards outside and in malls displaying the photo of his daughter licking a frog. He handed out postcards, got pledges, and eventually learned that his most important job to get his outside was to go outside with them.


The film showed that after initial reluctance, urban schoolchildren responded well to simple games outside like rolling down a hill or one child leading another who is blindfolded and having him/her touch, feel and smell natural objects. It hit on some of the benefits of outdoor play to academic performance as well as bigger issues like the importance of play for children to “become fully human” in their social development. When children are isolated indoors instead of playing together, they simply cannot know one another. Children being shielded from meaningful social experiences of play leads to isolation that has adverse effects for society at large.

The post-film discussion was introduced by Environmental Film Festival director Stephanie Flack, a mother of three who admitted that fitting in outside time is an issue her family struggles with as well. Discussion moderator Florence Williams, a science writer and contributing editor for Outside magazine, asked the other panelists to talk about how they saw childhood today as different than their own and about the role of schools in outdoor play, noting that her own son’s 20-minute middle school recess was canceled for three months this winter.

Dr. Elizabeth Gray, Executive Director of the MD/DC Chapter of The Nature Conservancy talked about her organization’s shift from focusing on wild places to finding and celebrating nature everywhere, including in urban environments. The NatureRocks.org project of the Nature Conservancy has inspiring blog posts and super-easy tips for suggestions on how to get outside no matter how much time you have or what the weather is doing. Enter a zip code and you’ll get a list of natural spots right nearby. 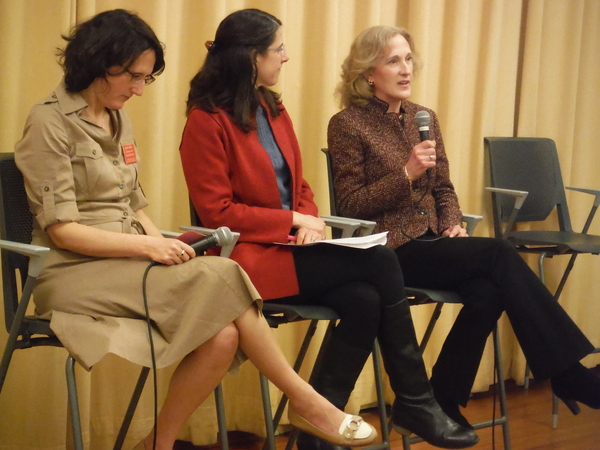 Julie Hantman described the advocacy work that Moms Clean Air Force is doing to help make it possible for people to go — and safely stay — outside without adverse health effects. Her group held its first 2015 Mama Summit at the Virginia General Assembly in February and followed March 19 with the Maryland Mama Summit in Annapolis. More Mama Summits will happen in the coming months to mobilize the power of citizen moms to inspire lawmakers to act on behalf of the environment, the climate, and children’s health. This summer will see another play-in like last July’s here in D.C. 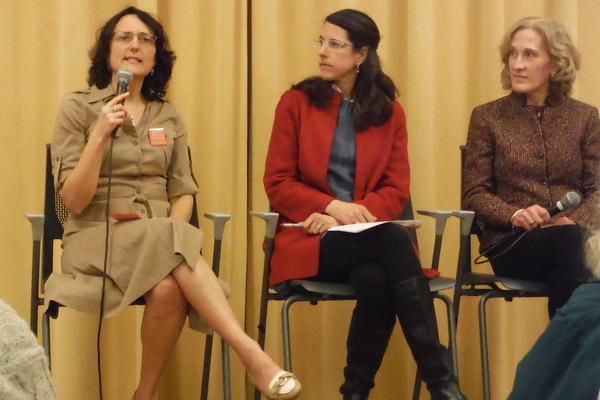 In the Q&A, participants and panelists discussed the new D.C. sustainability plan to make D.C. the most sustainable city in the U.S. with dramatically increased canopy cover by 2020 and new regulations regarding stormwater. Residents were encouraged to write their council members in support of a biophilic DC. Parents talked about going each weekend to the Billy Goat Trail, trying to appreciate nature right outside their doorstep, and turning off the wifi during the schoolweek, using weekends to download any necessary reading material. 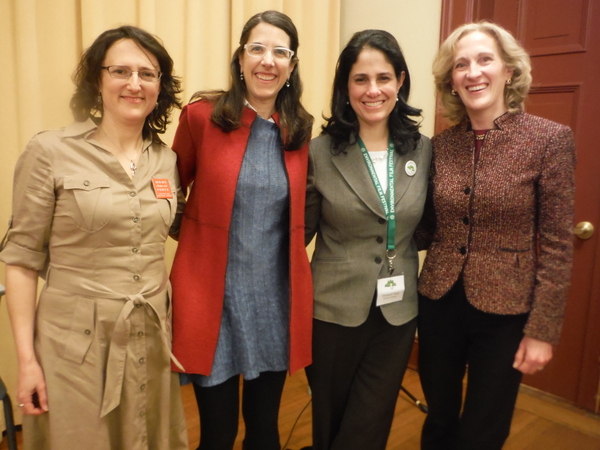 And of course, getting children thinking and talking about nature and conservation at a young age can make a big difference, and films are a great way to inspire reflection and to interest children in new pursuits. The film festival closes on Sunday and still has a lot of kid-friendly films including Song of the Sea at the National Gallery Friday and Saturday and City Under the Sea in Dupont Circle on Sunday. The DC public library is running a shorts program with dates through mid-April.