Every April, the International Cesarean Awareness Network, or ICAN, celebrates Cesarean Awareness Month to bring awareness to its work. ICAN is a nonprofit organization whose mission is to improve maternal-child health by preventing unnecessary cesareans through education, providing support for cesarean recovery, and promoting Vaginal Birth After Cesarean (VBAC).

The organization’s vision statement is: “A reduction in the cesarean rate driven by women assuming responsibility for their healthcare by making evidence-based, risk appropriate childbirth decisions.” Read the full statement of beliefs on ICAN’s website. 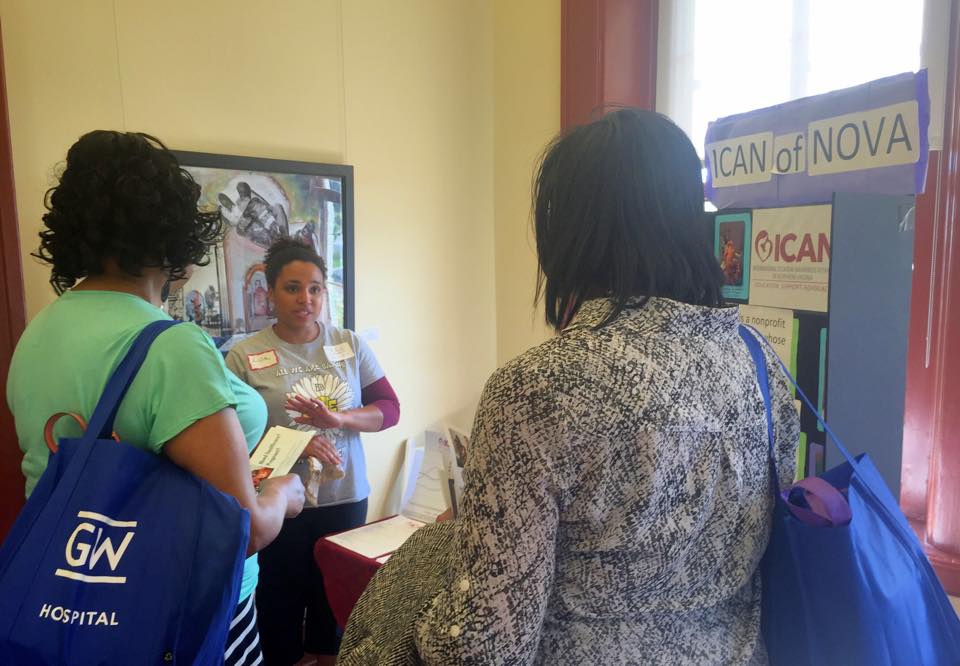 “Here in Northern Virginia, we are still dealing with a higher-than-average c-section rate and lower-than-average VBAC rate. Providers that will support VBACs from beginning to end are a rarity, and even rarer are those who support VBAC after multiple cesareans (VBAmC). We have a lot of work to do to change the local birth climate so that women have more options.

Many people are familiar with the adage “once a cesarean, always a cesarean.” In this area in particular, it is not uncommon to hear women raving about their c-section experiences, or explaining why they signed up for scheduled cesareans. On the other hand, many women are pushing back by opting entirely out of hospitals. Northern Virginia has a lively and growing home birth community, with two birth centers that offer out-of-hospital birth as well.

In 2010, the American College of Obstetricians and Gynecologists, or ACOG, revised its recommendations for VBACs, stating that “attempting a VBAC is a safe and appropriate choice for most women who have had a prior cesarean delivery, including for some women who have had two previous cesareans,” and that “restrictive VBAC policies should not be used to force women to undergo a repeat cesarean delivery against their will.” (1)

Despite that, data from local hospitals show continued high c-section rates and continued low VBAC rates. The national C-section rate in 2013 was 32.7%, meaning one in three women in this country give birth by cesarean section. (2) 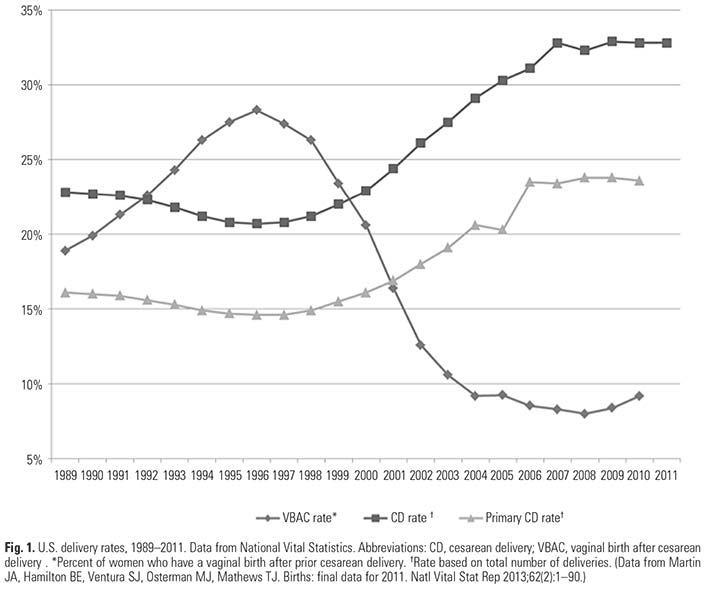 Last year, ACOG published a statement confirming that “for most pregnancies, which are low-risk, cesarean delivery appears to pose greater risk of maternal morbidity and mortality than vaginal delivery.” (3) Data from 2010, however, show that the VBAC rate in Virginia was less than 1 percent at 0.9%, meaning 99% of women were getting repeat c-sections that may not have been necessary. (4)

These data illustrate the continued need for month-long events like Cesarean Awareness Month. This year, ICAN embarked on a social media campaign featuring compelling statistics and statements accompanied with “Did you know?” to help raise awareness of this issue. As more women understand the benefits and risks associated with repeat cesareans versus VBACs, the tide will continue to shift.

How can I help?

Great question! For starters, ICAN of Northern Virginia can always use your financial support. You can donate directly to our chapter or become a member. We are a 501(c)(3) nonprofit organization, so all donations are tax-deductible. ICAN also offers special CAM-only discounts, so now is the time to join!

Check out ICAN of NOVA’s Meetings & Events page for the latest on upcoming meetings. In-person support is where ICAN truly stands out from other organizations, and it’s a great way to brainstorm ideas for getting our message in front of more people!”

ICAN of NoVA meets monthly and provides education and support for expectant mothers and those recovering from birth. All are welcome. For more information, see the chapter website at http://www.icanofnova.org,  follow the chapter on Facebook at https://www.facebook.com/ICANofNOVA or on Twitter at @icanofnova or sign up for the chapter newsletter.

Upcoming meetings are Saturday morning, May 16, in Springfield, and Wednesday evening, June 17, in Fairfax. click here for more information.

About the author: Lisa Keyser is the mother of two children and had a home water VBAC (HwBAC) with her second child after a traumatizing c-section with her first. The birth story is published on ICAN of NOVA’s website. She became Co-Leader of ICAN of Northern Virginia in 2014 after attending meetings since 2009, and is thankful for the opportunity to give back to the organization that helped her so much after her first birth. Professionally, Lisa runs LMK Web Design & Consulting, which offers website design, development and maintenance to a variety of nonprofits, small businesses, and entrepreneurs.