The U.S. Botanic Garden’s Season’s Greenings train exhibit this year celebrates National Parks and Historic Places with plant-based sculptures and installations of replicas of famous features of national parks and of buildings and monuments. The exhibit is open through January 2, 2017, including on Christmas Day and New Year’s Day. Get a glimpse of some of the highlights in our photoblog and be sure to see it yourself in person!

The whole USBG building is adorned at holiday time with replicas of local monuments made out of natural ingredients, including pine cone scales, willows, cinnamon sticks, grape tendrils and acorn caps. Once you’ve made it into the building from the outside line (which starts forming before the building’s 10:00 a.m. opening) and while you’re waiting to enter Season’s Greenings, you can check out the intricacies of the Washington Monument and U.S. Capitol Building. 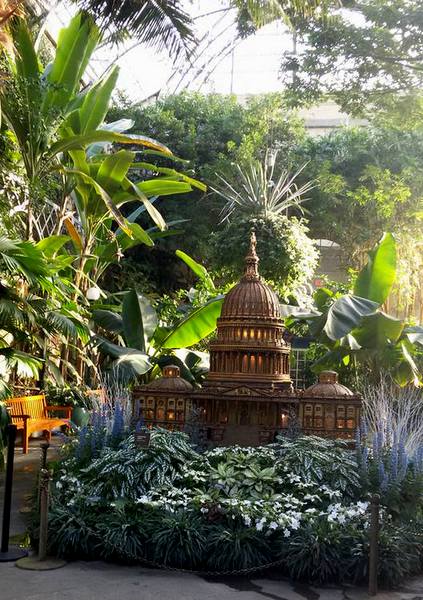 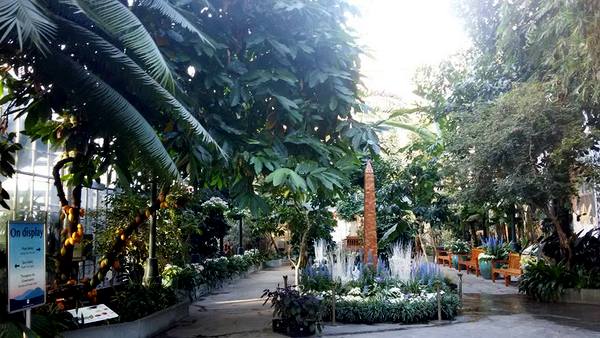 There are other replicas, including the National Museum of the American Indian under the chocolate tree near the entrance to The Tropics and the Lincoln Memorial near the West Gallery. 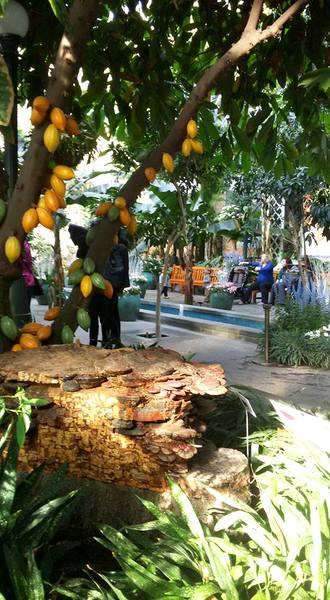 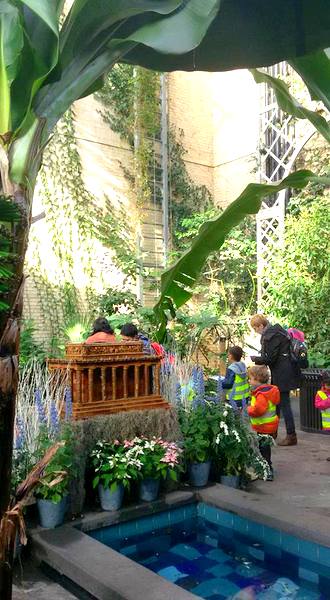 Season’s Greenings is in its own room. Be sure to take everything in as you go through; the exhibit goes in one direction and is in a U shape. When you reach the end (at Mt. McKinley), you exit the exhibit and are then in the main part of the USBG. If you wanted to see it again, you’d have to start over in line. 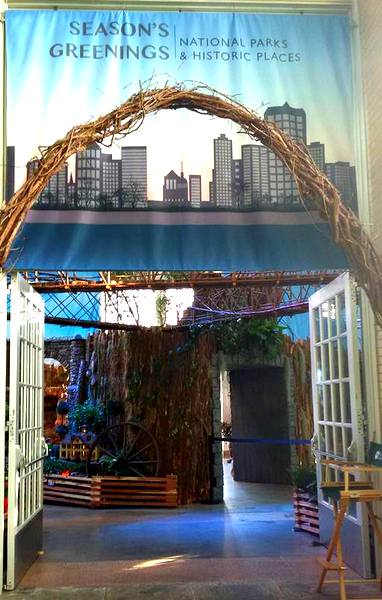 Among the first buildings in the exhibit are Virginia’s Monticello and Mount Vernon. 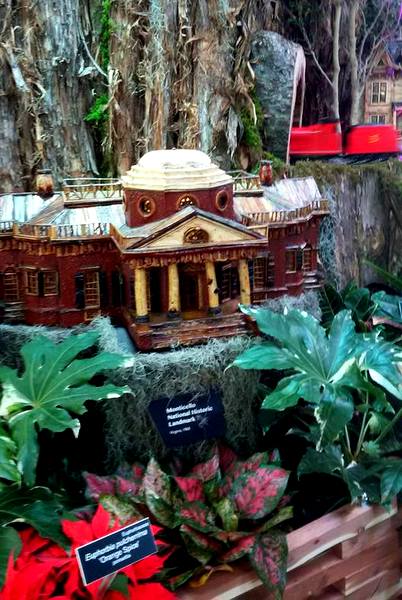 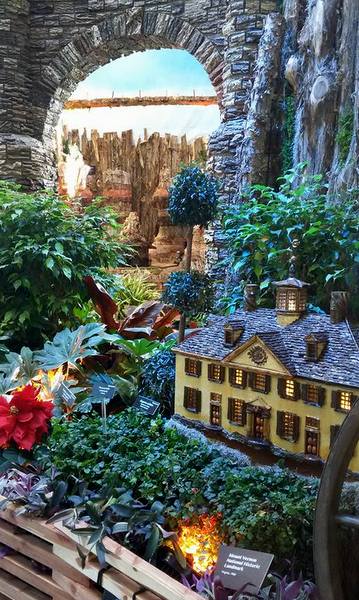 This year’s exhibit has many buildings in addition to the natural area replicas. It’s quite impressive and deserves a long, slow look.

That’s the Grand Canyon through the archway behind the Statue of Liberty. 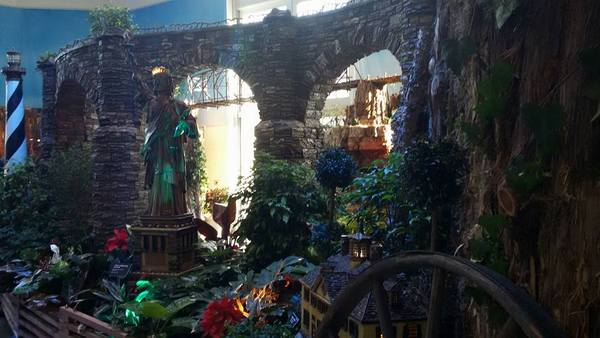 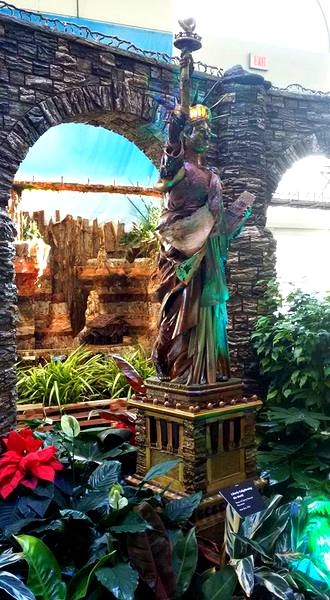 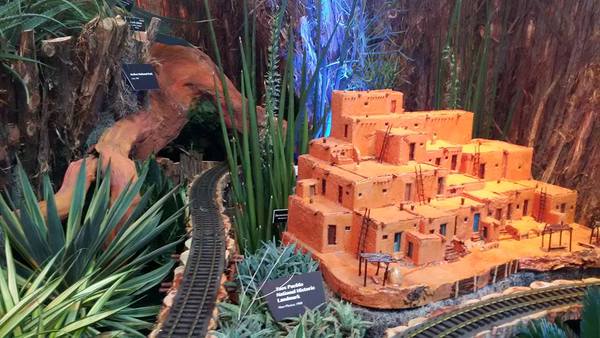 Just past Mesa Verde and the Grand Canyon, Mount Rushmore towers overhead. The archway — a favorite of kids — this year is made up like a travel bus with three small dioramas that offer views into three parks, including Mammoth Caves. 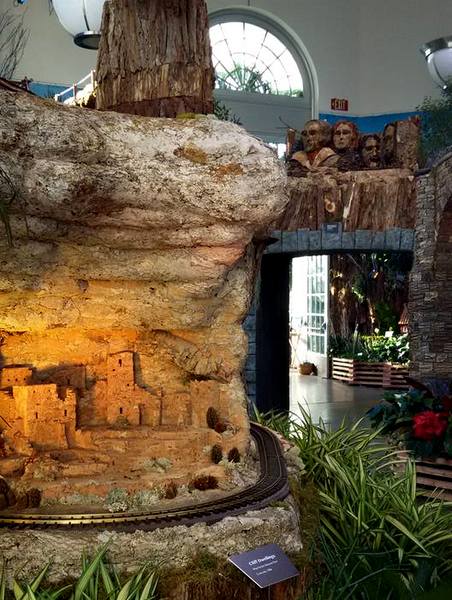 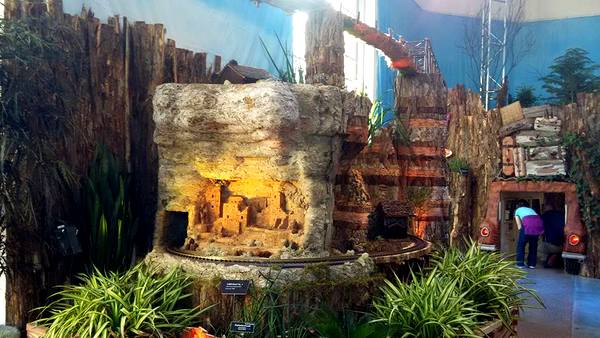 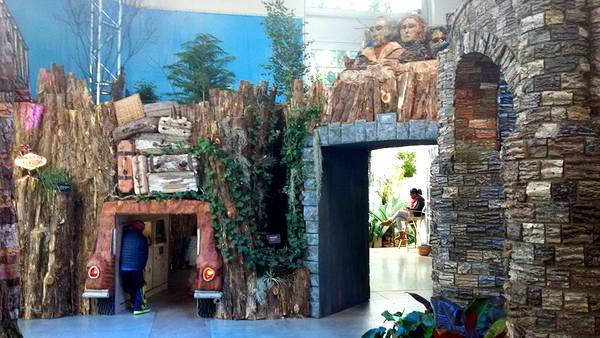 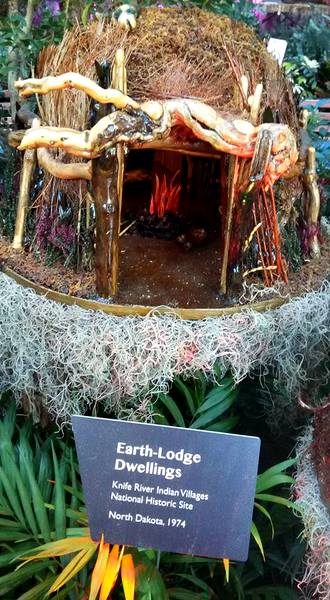 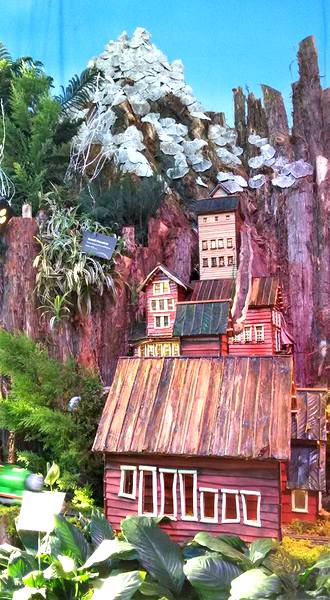 After you exit the exhibit, enjoy roaming the building and finding the passport stamp stations. 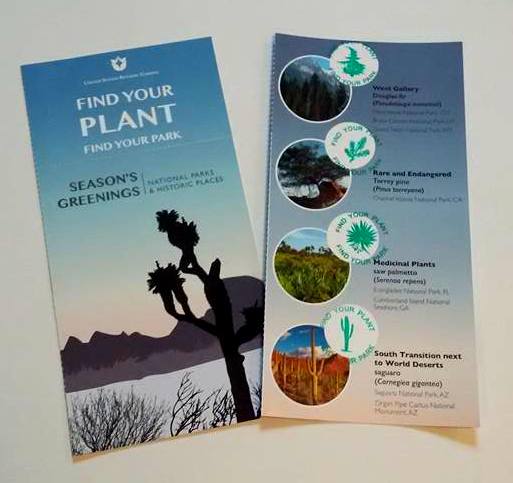 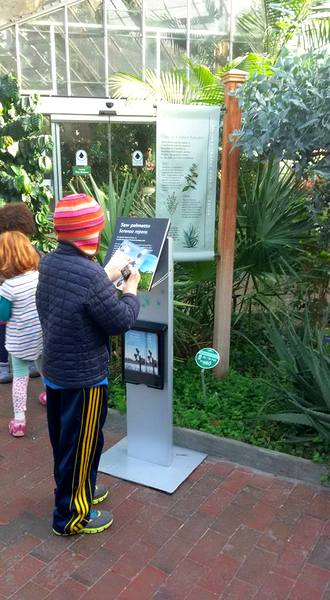 Other items of interest to children include the ships in the Tropics (where you can also take the stairs or an elevator up to a balcony), 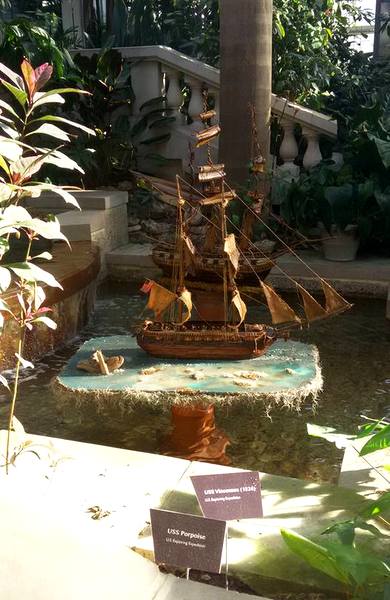 and the giant tree in the West Gallery where there’s also a train that’s great for photo ops and beautiful watercolor paintings and other artwork on the wall. Note that the metal flowers with spices from years past are no longer on display. 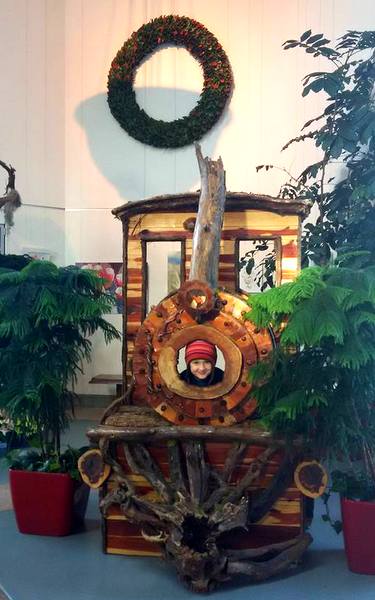 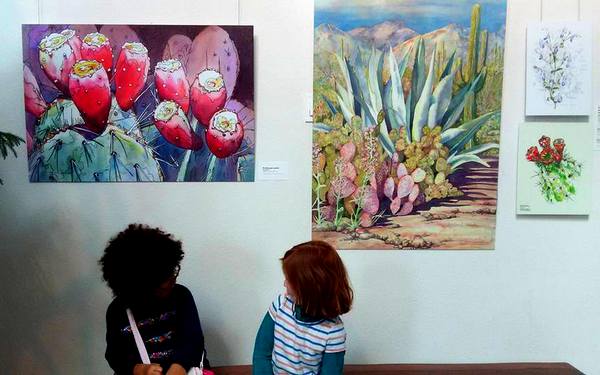 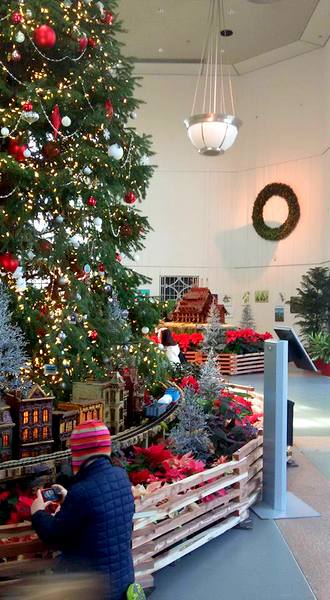 Season’s Greenings is always beautiful. This year in particular it’s a terrific way to celebrate the centennial of the National Park Service and to inspire the family to set off and explore. 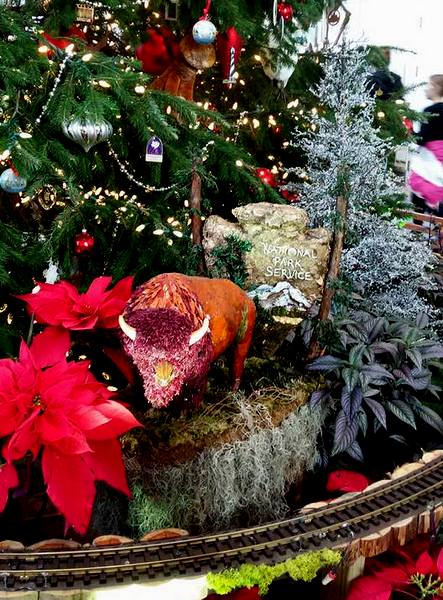 Visit www.usbg.gov/seasonsgreenings for photos and videos from the exhibit and more details, including a list of all the lands and monuments depicted in the exhibit.

The U.S. Botanic Garden is located at 100 Maryland Avenue SW. The conservatory is open every day 10 a.m. to 5 p.m.. Season’s Greenings opened on November 24 and runs through January 2, 2017.

All images in this post were taken by Jessica Haney and are the property of Mindful Healthy Life. They may not be used or reprinted without permission.

Jessica Claire Haney is the founder, publisher and editor of Mindful Healthy Life. She is a writer, editor, emerging novelist, and the founder of the Arlington/Alexandria chapter of Holistic Moms Network. Her personal blog is Crunchy-Chewy Mama and her writer’s site is JessicaClaireHaney.com. See the Contributors page and Jessica’s Mindful Healthy Life Q&A for more on Jessica.