Dr. James Bronson and his son, Dr. Alex Bronson, of Bronson Family Dentistry have made it a priority of their practice to educate others about the many and complex factors that contribute to dental health. They have spoken twice to the Arlington/Alexandria chapter of Holistic Moms Network and are addressing the Northern Virginia HMN chapter at its February meeting. The practice also brings dentists, osteopaths and other healthcare professionals to its McLean offices four times a year for an intensive ALF Educational Institute mini-residency program, involving local families as case studies.My son’s first dentist said he was likely to experience some crowding, but it wasn’t until his adult teeth came in with really nowhere to go that I realized I needed to take action. I never had braces, but my husband had four teeth pulled as a child before his four wisdom teeth, and he endured years of braces that he feels did him no favors. I had learned a little about braces not being the best holistic solution in part because they don’t address the cause of the narrow mouth structure or try to rectify it. A narrow palate usually corresponds to a narrow airway, which can impede proper breathing, which can then have a host of other lasting effects on things like respiratory difficulties like asthma and allergies, and on sleeping, growth, and learning.

When it became clear that doing nothing was not an option for my son, we consulted with Dr. Bronson and decided to have my son fitted for the ALF, advanced light force, appliance. Dr. Bronson calls this approach “stealth orthodontics.” The goal is not to simply make teeth straight but rather to support the whole cranial system such that the mouth develops to its full capacity and can therefore accommodate all the adult teeth. Sometimes this requires other therapies, like myofunctional therapy to train the tongue to rest in the right place — at the roof of the mouth on the top of the palate, so that it applies enough pressure for the top of the mouth to properly expand. If that doesn’t happen, one result is a narrower airway and a lengthening and narrowing of the whole face.

My son was seven, almost eight, when he started wearing the appliance two years ago. His face had narrowed down quite a bit in the year before he got the ALF, and it was wonderful to see it widen within months of him getting the appliance.

As we went in for monthly adjustments, and then after I heard the Bronsons give their presentations, I learned more and came to realize that my daughter was likely to have crowding as well. Any children who don’t have space between their baby teeth are likely to not have adequate space for their adult teeth. The younger a child gets support with an appliance, the easier and shorter treatment will be because the facial structure is still quite pliable. Adults can benefit from an ALF as well, as my  husband now has, but the younger the better, starting around age three. 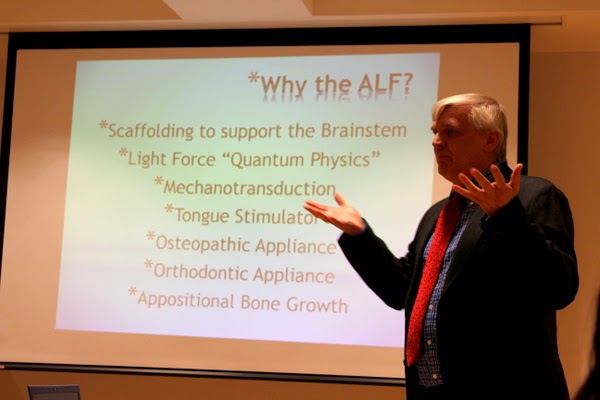 Dr. Bronson invited me to sit in on one session of his ALF Educational Institute mini-residency program shortly after my son started his treatment. 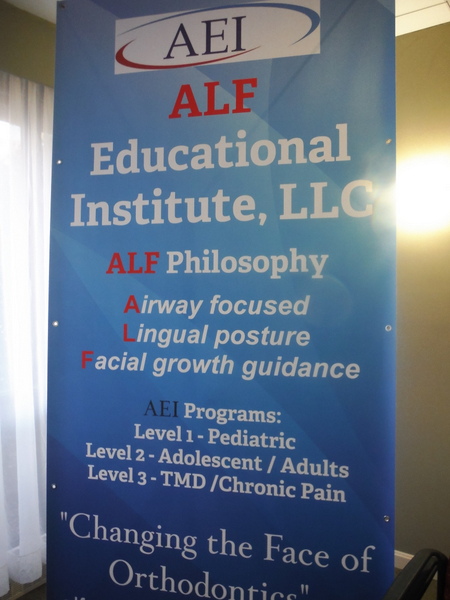 There I learned more about all the connections between cranial structure, mouth development, learning, self-regulation and so much else. During one of the residency training programs, Dr. Bronson invited my son, who has seasonal allergies, and another five children who had asthma to train with Patrick McKeown, the renowned teacher of the Butekyo breathing method and director of Butekyo Clinic International.

During these four days, my son got to learn the important of breathing through the nose and how to do it. The students in the mini-residency program, dentists and osteopaths, learned how to teach the children proper breathing. They walked the children through protocols to retrain their brains to breathe through their nose and not their mouths. The participating families also got copies of helpful books, Close Your Mouth helped us keep up the work we had started, and the graphic novel-like Buteyko Meets Dr. Mew helped my son relate to the material in an accessible way. Closed-mouth breathing – and even sleeping with taped-closed mouths – has made a big difference for my son and really the whole family. 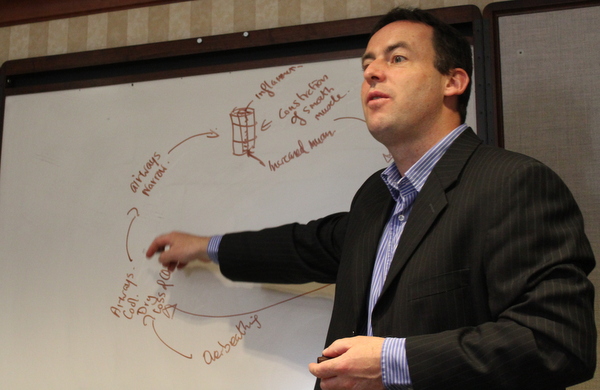 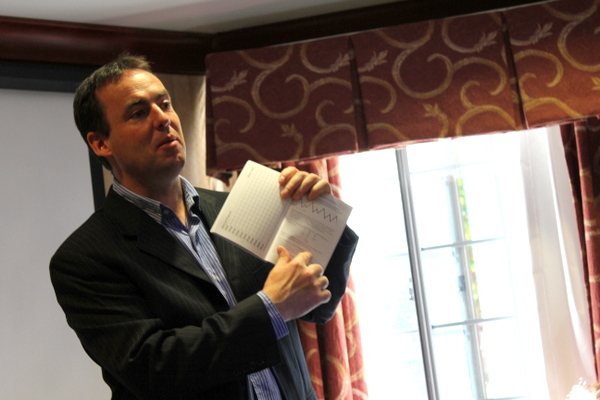 I’m grateful for the commitment Bronson Family Dentistry has made to educating its patients and members of the medical and dental communities.

Children can sometimes be challenging to take to doctor’s offices, so we waited until my daughter was almost five to take her in for an evaluation even though I knew that Dr. Bronson would have seen her earlier. Unlike my son, who was a breech baby born via c-section, she was born at home in the water. My son has gotten and seemingly needed craniosacral work since he was a baby, while she has not seemed as needy of support. However, her top two baby teeth were almost crossing, and her 3D x-rays showed a fairly restricted airway and some other bite and alignment issues that might be helped by an appliance.

We were lucky to get her started just in time to be part of Dr. Bronson’s next mini-residency program; we were offered for her to be one of the study subjects. This meant that she would get a myofunctional assessment before her ALF was inserted the first time and adjusted three more times during the calendar year. A team of dentists and osteopaths would watch and learn as Dr. Bronson worked on her. 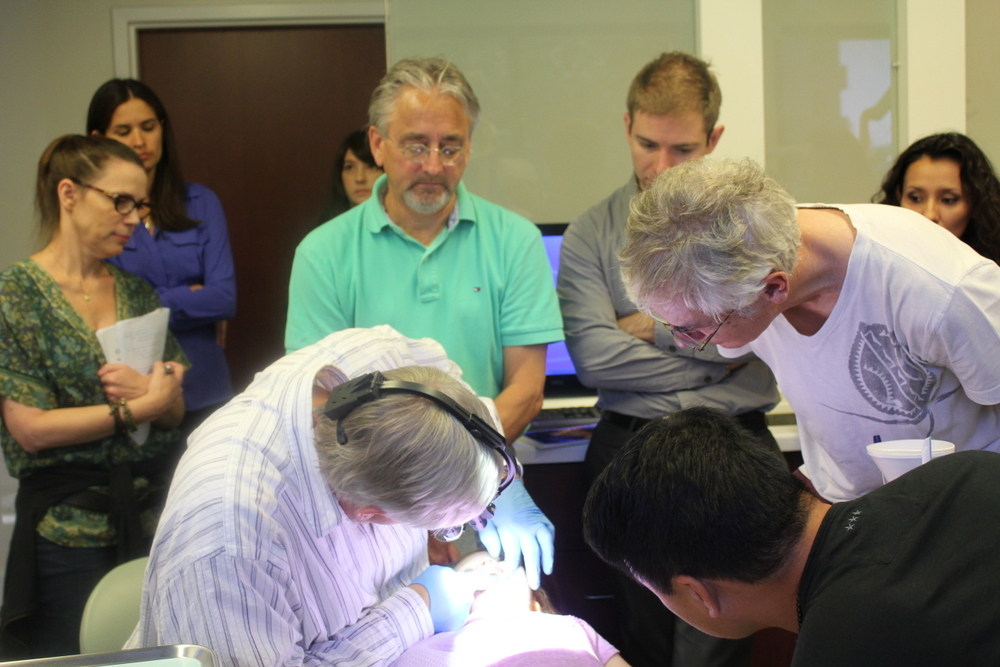 Osteopath Tasha Turzo has also led a team of students, themselves practicing osteopaths who want to work with dentists and patients with dental issues, in adjusting my daughter after she has seen the dentists. Since my daughter is a learning subject, the services on these days – four days in a calendar year – are free, while we pay for all the regular monthly adjustments at the Bronson office and the osteopathic or craniosacral treatments we get the following week with a separate practitioner and for the myofunctional appointments we have via Skype with myofunctional therapist Kathy Winslow, who practices in California but travels to Virginia for the mini-residencies. 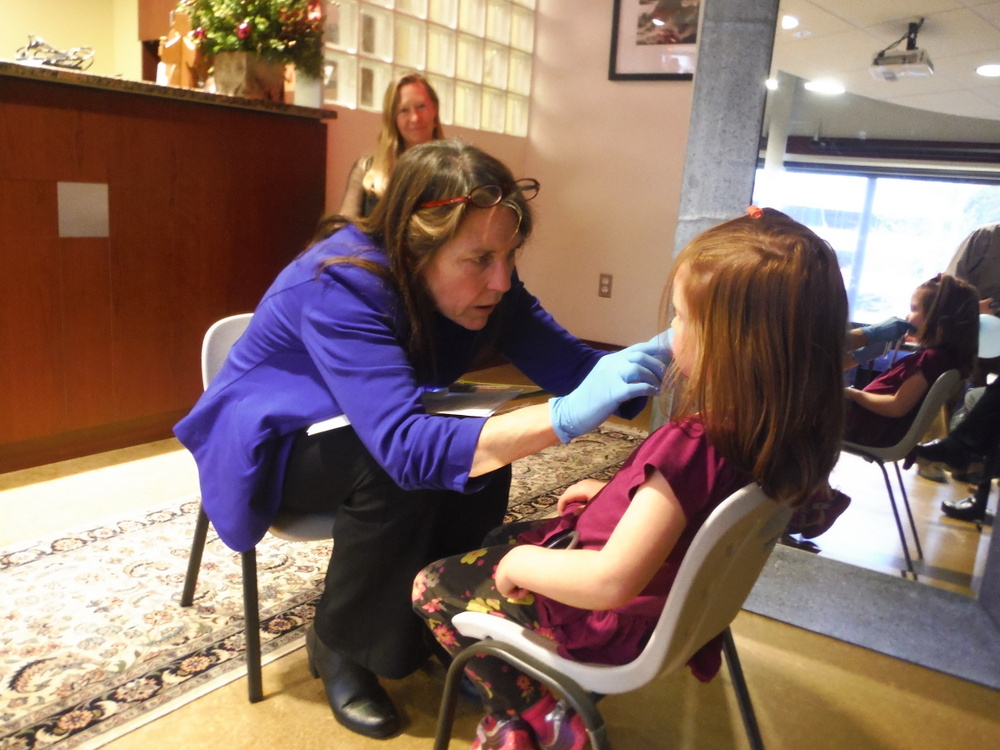 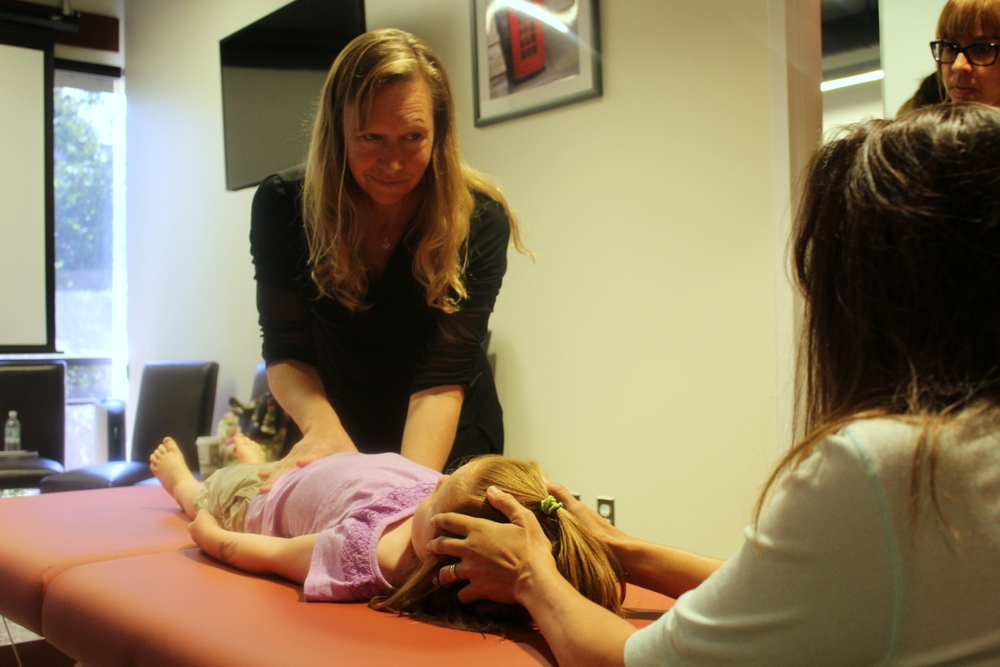 To explain this functional approach to structural dental health and how the ALF appliance works, a student in one of Dr. Bronson’s mini-residencies created this video featuring Dr. Turzo.


Through my experiences with Bronson Family Dentistry, I have come to learn a lot about how the body functions. I’ve gained a better understanding of what kind of influences – environmental, nutritional, structural – can get in the way of a child achieving his or her maximum potential with respect to mouth structure in particular and also in general life, with academic and physical strengths as well as emotional resilience. 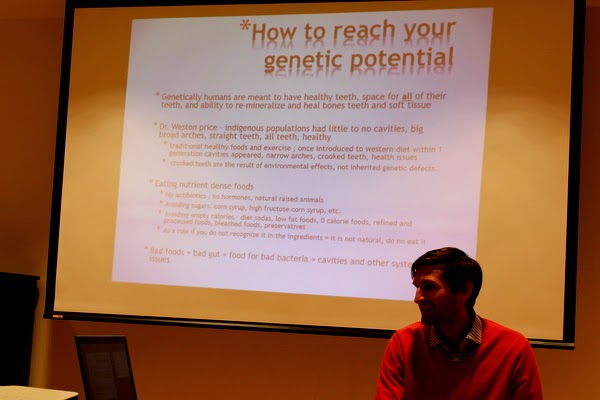 To learn more, visit hear the Bronsons speak at the February 9 meeting of the Northern Virginia chapter of Holistic Moms Network, 6:30 p.m. at Fairfax Church of Christ. Details here.

I received no compensation for this post. All opinions are my own.